Researchers of the Universitat Politècnica de València in Spain have developed a new sensor system able to quickly and non-destructively detect the risk of corrosion in the concrete structure of buildings and do so when the first symptoms appear.

The information provided by this system, which has been patented by the UPV, is of particular significance for building safety. It enables any necessary intervention to be made sufficiently in advance, reducing, at the same time, repair and maintaining costs.

The system also includes a pulse voltammetry unit, which provides information on the intensity of the corrosion for every point in the network of sensors of the structure analyzed, and specific software for analyzing the electrical response from each sensor.

Today, the most common way to determine the corrosion speed of the rebar in a reinforced concrete structure is based on destructive techniques, for which it is necessary to expose the rebar at a certain distance in order to electrochemically measure the intensity of the corrosion. It is then necessary to repair the area with mortars.

Its benefits include a reduction in the time and cost of the diagnosis of the structure. In addition, it is able to register in real time the state of maintenance and the speed of corrosion of the rebar at several points of the structure, even in non-accessible areas.

The system could be installed both in new constructions and restoration projects. In the first case, it must be incorporated when the concrete is poured in those areas of the structure most exposed to corrosion caused by humidity, carbon dioxide or chlorides, among others. In restoration projects, it permits a non-destructive control and monitoring of the effectiveness of the restoration.

Miguel Alcañiz, Román Bataller, José Manuel Gandía, José Enrique Ramón and Juan Soto, researchers at the Centre for Molecular Recognition and Technological Development (IDM, in Spanish), together with Manuel Valcuende, from the Grupo de Recuperación del Patrimonio Cultural of the Universitat Politècnica de València have taken part in the development of this project. 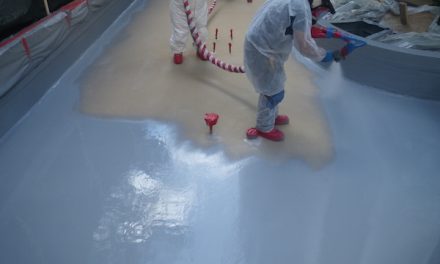 What CONEXPO-CON/AGG Attendees are Looking to Buy (VIDEO)